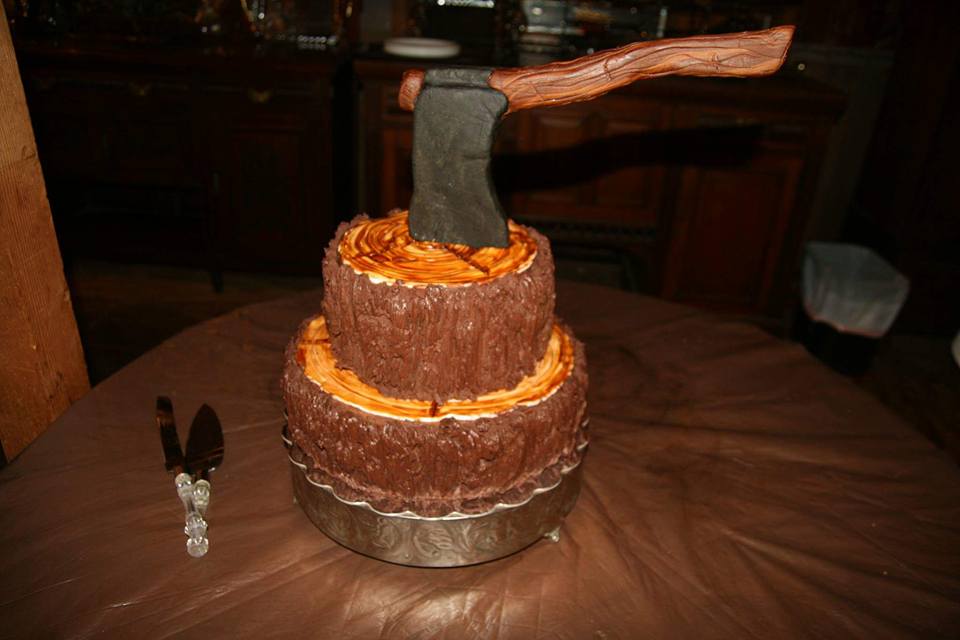 I had a client who wanted a unique birthday cake for her 15 year old son's birthday party for 40-50 people. I found the inspiration for a Lumberjack Cake on Elizabeth Marek's Sugar Geek Show, and my client thought the idea was so fun. I decided I would make a two tier cake that would look like two round stacked logs, with an ax imbedded in the top. I wanted the inside of the cake to continue the woodsman theme by resembling a Lumberjack's checked flannel shirting.

Several days before I began baking, I created my ax from fondant. I formed an angle in a strong piece of metal wire to become the support structure for my ax. It would carry the weight of my fondant sculpture into the core of the top tier of the cake. I shaped a block of black fondant into an ax head around the middle of the bent wire, leaving enough stem"to insert into the cake later for support. I textured the ax head by scoring and putting notches in it, and then "aged" it with a light dusting of powdered sugar. This was set aside to harden overnight. I then combined light and dark brown fondant around the remainder of the wire to form the ax handle, which I textured to look like aged wood. After leaving that to dry out for a further night, I then used the food dyes to paint the handle to look more realistic. Everything was left to cure while I baked the actual cake. 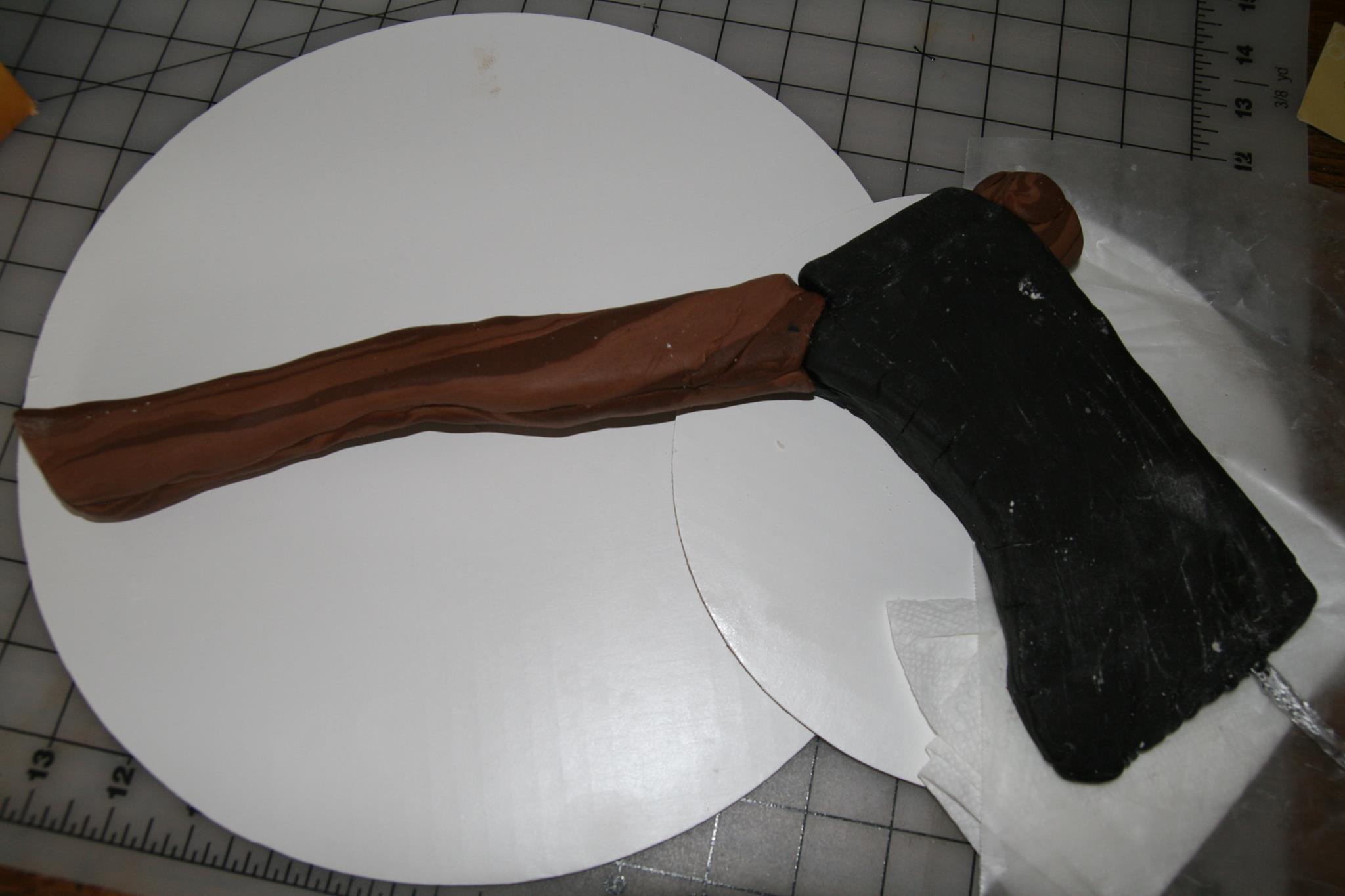 I made the bottom tier of the cake 12" around with 3 layers and the top tier 8" around with 4 layers. I made alternating layers of cake from concentric rings of red (white Vanilla cake dyed light red), dark, dark red (Red Velvet cake), and black (dark Chocolate cake) to make a checkerboard effect for the cake itself. In between the layers of cake for both tiers, I used whipped chocolate ganache. I crumb coated the two tiers and chilled them until hard. I piped a coat of ganache on the vertical sides of the tiers with a pastry bag fitted with an Ateco 826 star tip to begin creating the bark effect on my logs. I piped in straight lines, wavy lines and circles and then chilled the cake once again. When the tiers were again thoroughly chilled, I melted some of the ganache and using a silicone basting brush, I textured the cold piped ganache with the warm ganache to complete the bark look. For the tops of each tier, I textured white Fondant with concentric rings and cracks to simulate the cut end of my logs, and then used gel food coloring mixed with a bit of vodka to lightly paint the fondant shades of brown to look like wood, with darker brown in the cracks. I used bubble tea straws to add support to the bottom tier in order to hold the weight of the top tier, when stacked together.

Final assembly was done at the event. I stacked the two tiers, pushed another bubble tea straw in the center of the top tier, and slotted the ax's support wire down into the straw. I was pleased to see it all come together so nicely. My clients were thrilled, as were their son and his guests, who all LOVED the delicious and multi-flavored surprise of the Checkered Flannel looking cake inside!