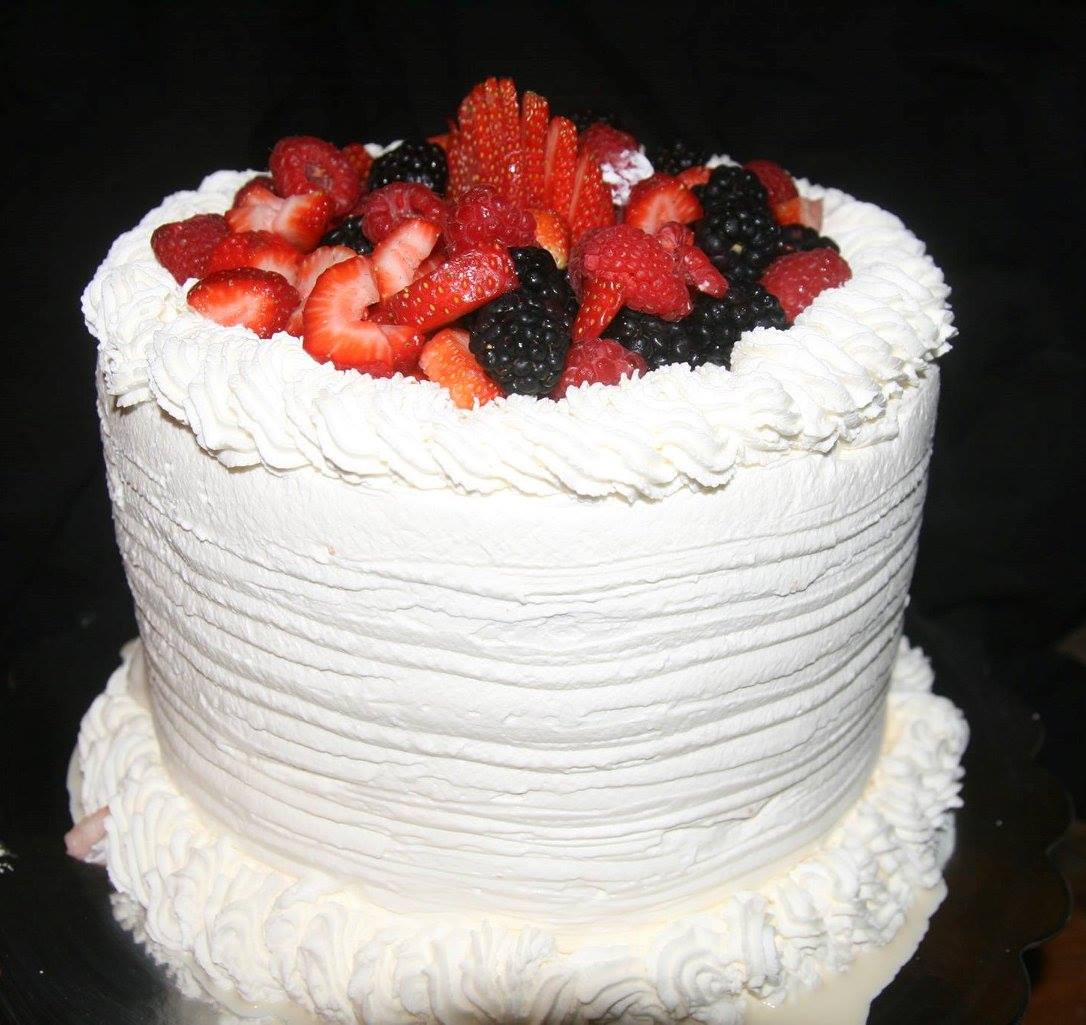 I was watching a Buzz Feed YouTube video, looking for inspiration for something different to make, rather than my brother's usual sheet pan Tres Leches Birthday cake.  I stumbled upon one show about two guys tasting three different cakes at three different places and three different price points, and then deciding which was the most worth the money.   The cakes ranged from a Tres Leches cake to a Devils' Food layer cake with coffee buttercream to a $1000 specialty cake with all kinds of complicated decorations.  The first cake was one guy's favorite, and it caught my eye as combining my brother's usual Tres Leches Cake with layers and fresh fruit in between them. The two guys commented on how the fresh fruit balanced the sweetness of the cake and it's various milks, and in the end, was one fellow's favorite of the three. But I was also interested in learning how on earth they kept the milks IN that multi-layered cake.  So, I just had to give it a go!

Now, I have to say, I make a mean Tres Leches cake.  I got the recipe for the coarse base cake from a little old Mexican man who got it from his grandfather's secret recipe.  It has 6 ingredients in total, and I feel blessed to have it.  My family particularly enjoys this type of cake and it's my brother's absolute favorite.  Every year, he asks for MY Tres Leches as he likes the fact that it's not as overpoweringly sweet as compared to what we've tasted elsewhere.

So, instead of making a sheet cake where the sides of the pan would contain the milks, I made two 8 inch round cakes and cut them in half to have four layers.  I placed the bottom layer on my cake board and piped a whipped cream dam around the base of the cake and another around the very top edge.  When I poured the combined milks on top, the dams kept the milks from running off the top and out the bottom.  I put the whipped cream filling on top of that first layer and added a mixture of berries.  I piped more whipped cream across the berries to provide a sticky surface to help hold the next layer in place.  I repeated this for the remaining layers, omitting berries on the top.  I crumb coated the entire assembled cake with more whipped cream and chilled it to firm it up.  I did a final outside icing with whipped cream.  I used my decorator's comb to smooth the outside and give it a pretty texture.  I then piped whipped cream at the very bottom and around the top again and added some decorative flourishes.  I piled my remaining berries on the very top of the cake.  Done and inhaled!

In retrospect, I wouldn't make this cake nearly as tall, only using perhaps 2 or 3 layers max.  I also think I would not soak it with as much of the 3 milks, as there was some seepage.  However, the flavor was wonderful!  My whole family loved the mixed berry addition, the cake looked magnificent, and my brother and family thoroughly enjoyed his Birthday Cake!  Mission accomplished!